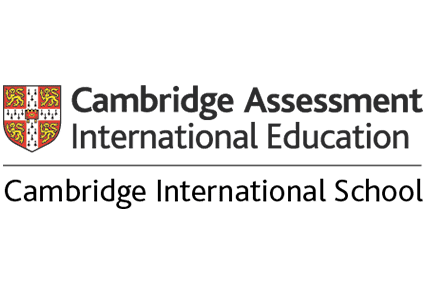 Cambridge Advanced is typically for learners aged 16 to 19 years who need advanced study to prepare for university and higher education. Students study the Cambridge International AS & A Level, accepted as an entry qualification by universities in the UK, across the European Union, North America, and elsewhere around the world. AS & A Level exams are usually taken after 13 years of education and are based on approximately 360 hours of guided learning per subject, normally over a two year period. Our students typically take three subjects at A level, although occasionally exceptional students take four or five.

The subject content of each of the A Level syllabuses offered at CIS, Moscow, has been subdivided into two parts: the AS syllabus content, which is expected to be covered in the first half of the course, and part two of the syllabus commonly referred to as ‘A2’. This flexible approach enables students to choose from three options:

AS Levels may be taken as a freestanding qualification and are accepted in all UK universities. They carry half the weight of an A Level so, for example, students may be admitted with suitable grades in two A Levels and two AS Levels. Details of the tariff operated by the UK Universities are given on the www.ucas.com UCAS website.

Due to the high standards applied at CIS International School, your child will receive a quality level of preparation for the A Level and AS Level exams. Highly qualified teachers of the school will always provide complete information on specialized subjects, as well as answer any students’ question, thereby reducing the psychological burden on the child.

As a first step, parents are welcome to visit their preferred CIS campus. This can be done by submitting the “Apply Now” form to arrange a convenient date and time. Those parents who are unable to fill in the visit to campuses form can call the Admissions Office and book an appointment over the phone.

Either during the campus visit or at a later date, prospective pupils take an assessment; the type of assessment varies by age.

Our phones are attended from Monday to Friday between 9.00am and 6.00pm.

For more information about the admission procedure, please contact the school via email, or by phone.

CIS International School has five campuses, which are located in the most exclusive areas of Moscow, Saint Petersburg and Tashkent.

The Skolkovo campus is located in the western part of Moscow in the vicinity of the Skolkovo Innovation Centre, surrounded by a national park and numerous sports fields.

The school is located in just 17 km away from Moscow, in the Cottage village “Berezki”. The newly built separate school and kindergarten buildings are equipped with modern facilities and have great transport accessibility.

Saint Petersburg campus is located in the northern part of the city in a prestigious area close to the Gulf of Finland. The campus is close to Lakhta Centre in addition to Krestovskiy Island and Sestroretsk.

Tashkent campus is located in a cosy and modern residential area near the city centre in Almazar district. The innovative educational complex includes a school and a full-time kindergarten for children for ages two and older.

By continuing to use the website, I agree that my personal data may be processed in accordance with the purposes and conditions defined in the Privacy Policy. Otherwise, the School may only use cookies which are essential for the correct functioning of the website.